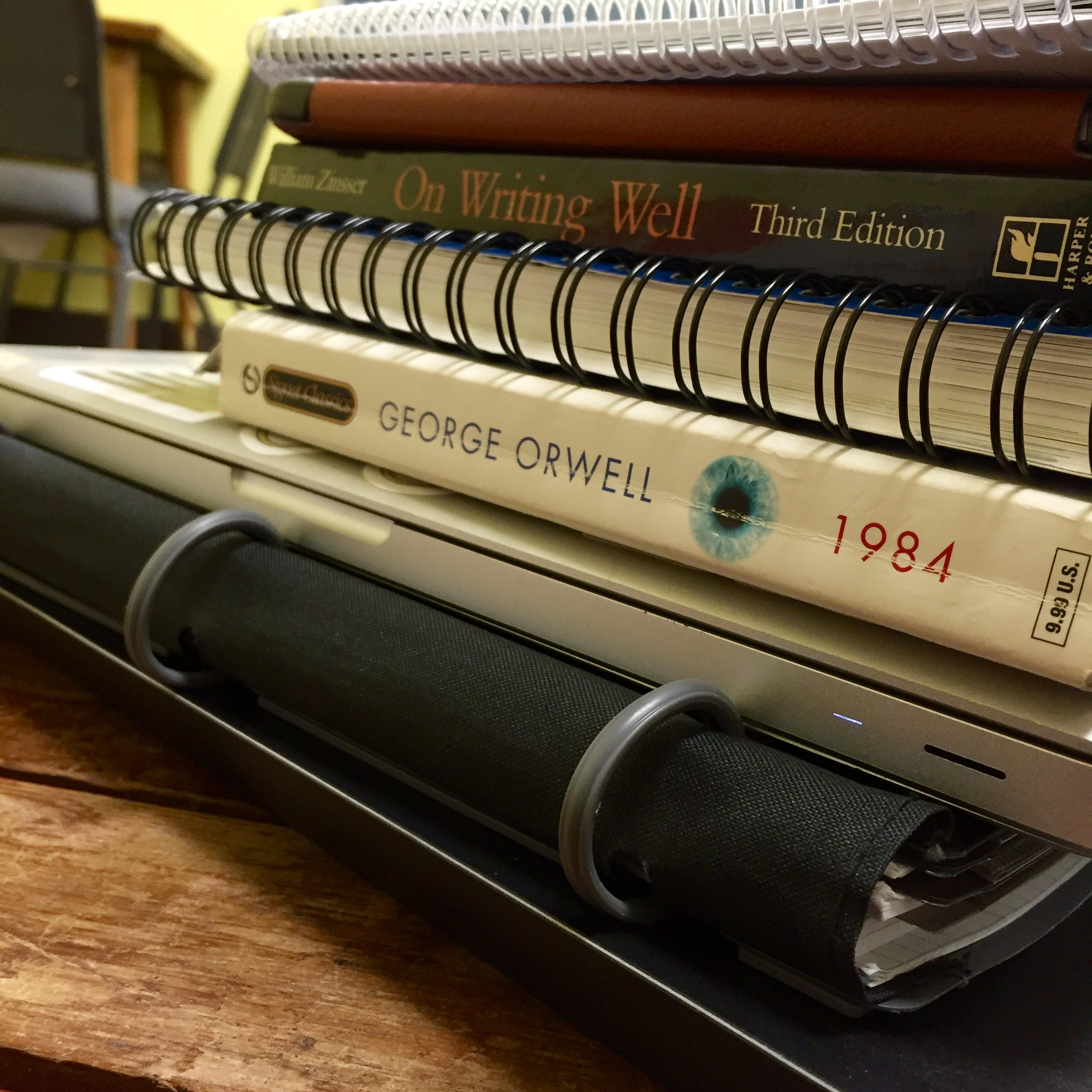 Let’s say we have this student.

He attends a state college in Minnesota and, out of necessity, serves at a chain restaurant. After five years of college, he can recite from memory Shakespearean Sonnets 17 and 29, and on his forearm a tattoo of Gatsby’s green light reminds him to always run faster and reach farther.

He dreams of a divisive contingent future: one wins the fiction Pulitzer, one wins Employee of the Week for, let’s say, outstanding ad copy.

It’s safe to assume he’s reading a book—Orwell’s 1984, let’s just say. Now let’s sandwich it in his backpack between a stack of short story revisions and his Principles of Advertising textbook.

Let’s say he transitions that night from a serious, studious writer to a jovial socialite. No, let’s amend that: he has to transition. With a smile he brings old ladies bruschetta and dirty martinis, then feigns interest in their lakefront homes and grandkids. He keeps the spotlight on them—the better their time, the better the tip.

Just remember that 1984 is there, at least, at the bottom of his backpack in the break room. The intention to read it idles in his mind next to many others, like learning piano and French.

At the end of the night, say eleven or so, he folds a stack of cash once and slides it into his back pocket. He drives home quick—no, he walks. Let’s say he walks twenty minutes home. His mind works through a lot in that time.

He can’t recall the faces of tonight’s customers. They’re lost, buried deep under their food and drink orders. He can’t help but wonder if this job stifles those ambitions—if, perhaps, those idle intentions will get buried, run out of breath, and die.

So he’s walking home, but three friends invite him to drink beer, where they will collectively complain about their day. He knows he deserves to relax, to socialize, to do what he facilitated for others all night. He wants to, badly.

Instead, let’s say he performs a feat of will. He passes Brigid’s Pub, forgoing beer and a break for a book—and starting with 1984, he eschews one future for another.

This flash nonfiction piece was first published as part of a small collection of stories on CRE8.

What do you think? Cancel reply

Not Your Father's BBQ!

Boats Against The Current

On writing, art, and more: a blog by Brad Tramel

Reviewing games for a blogging project

Where art happens every day.